This site uses cookies. By continuing to browse the site you are agreeing to our use of cookies.

Our website uses cookies to give you a better user experience now and to give us enough anonymous user information, to be able to improve the content of our website for you over time. If you continue to browse our website, we'll assume that you are happy to allow us to use cookies for these purposes. 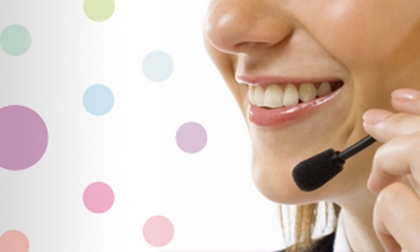 An analogue line is a line fitted into the wall.
It can make and receive just one call at a time.
If your mains goes out you should still be able to make and receive calls.
Analogue is traditionally used for fax machines, PDQ’s and ADSL. **

Multi-line telephones operate in the same way as a single-line telephone. Multi-lines are especially useful for receptionists and administrators, who may be handling multiple calls coming in at the same time. In effect you have multiple lines all with the same number.

Note: Broadband CANNOT be provisioned on a multi line.

Integrated Services Digital Network (ISDN) is a pair of digital lines connected to a phone system designed for simultaneous use of voice, video, data, amongst other network services.
By having an ISDN2 in your office means that you can make and receive 2 phone calls simultaneously.
ISDN2 is digital platform, which means that the call quality is significantly improved. In addition you have the ability of transferring and diverting voice calls within the digital network or to any global destination.
Each ISDN2 pair consists of 2 channels. You can have several ISDN2 blocks with the same number.
3 x ISDN2 lines will give you 6 channels on which to make and receive calls at the same time.
ISDN2 is typically used in small to medium sized businesses.

An ISDN30 supports up to 30 digital telephone lines and will be connected to a phone system.

You need to have a minimum of 8 channels to connect an ISDN30 in the first instance (in other words make and receive 8 calls simultaneously).

ISDN30 is typically used in medium to large businesses and in smaller call centres.

SIP Trunking is a technology for making calls over the internet and is integrated into your phone system.

With RCUK branches in London, London NW and Manchester, we are ideally situated to cover your telecommunications requirements nationwide. If you are local to one of our retail branches, feel free to pop in.